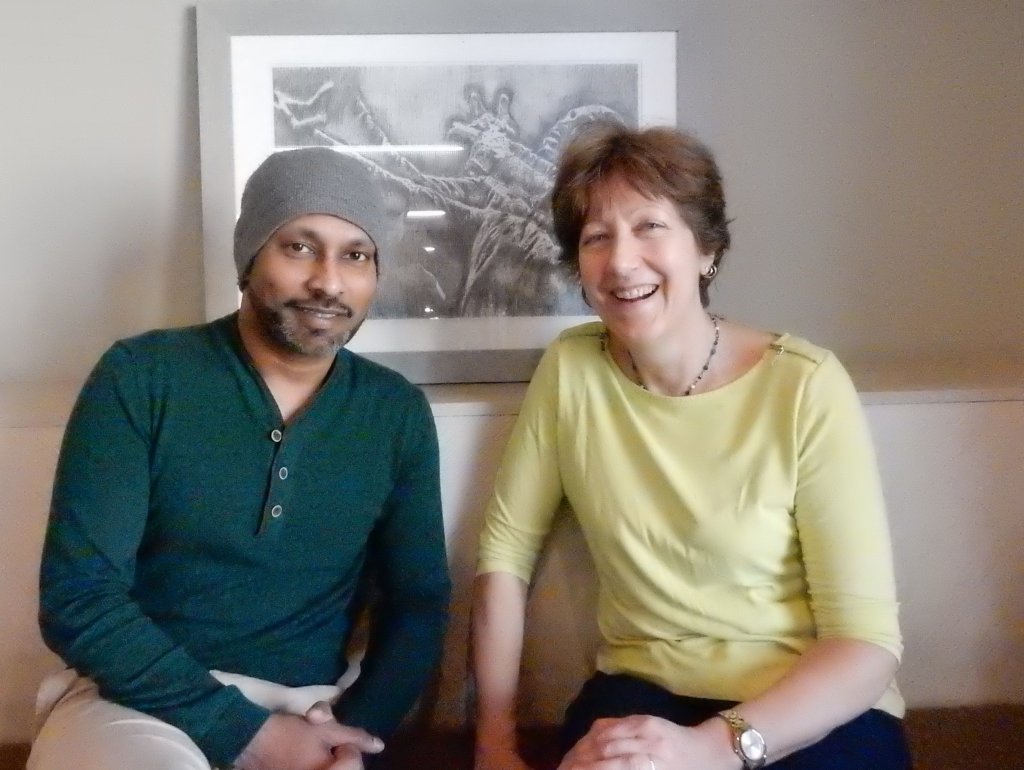 Akram Khan and Stella Tooth with her drawing of him

13/05/2016
Layering creates depth
Akram Khan – one of the biggest names on the international dance circuit – has spoken of the “extraordinary” drawing of him in action which has “depth in its layering”.

Mr Kahn said of the work, which I created and which interprets his dance using a number of video stills:

“I picked up a book in Canada while I was sitting in the green room and it happened to be a book about film and dance on film. I opened a page randomly and there was Gene Kelly’s words which somehow described the idea that dance on stage is 3D and dance on film is 2D. It’s like a sculpture. Sculpture is 3D, painting is 2D. But what’s extraordinary about Stella’s work was I found it to be quite 3D. It had depth in its layering and that for me was extraordinary.”

Dancer Akram Khan is also a producer, artistic director and choreographer. He created a prominent section of Danny Boyle’s London 2012 Olympic Games opening ceremony. His latest work ‘Until the Lions’, a partial adaptation in Kathak and contemporary dance of poet Karthika Naïr’s book Until the Lions: Echoes from the Mahabharata, is showing at the Brighton Festival from 25-26 May 2016. www.akramkhancompany.net/
Next
Previous