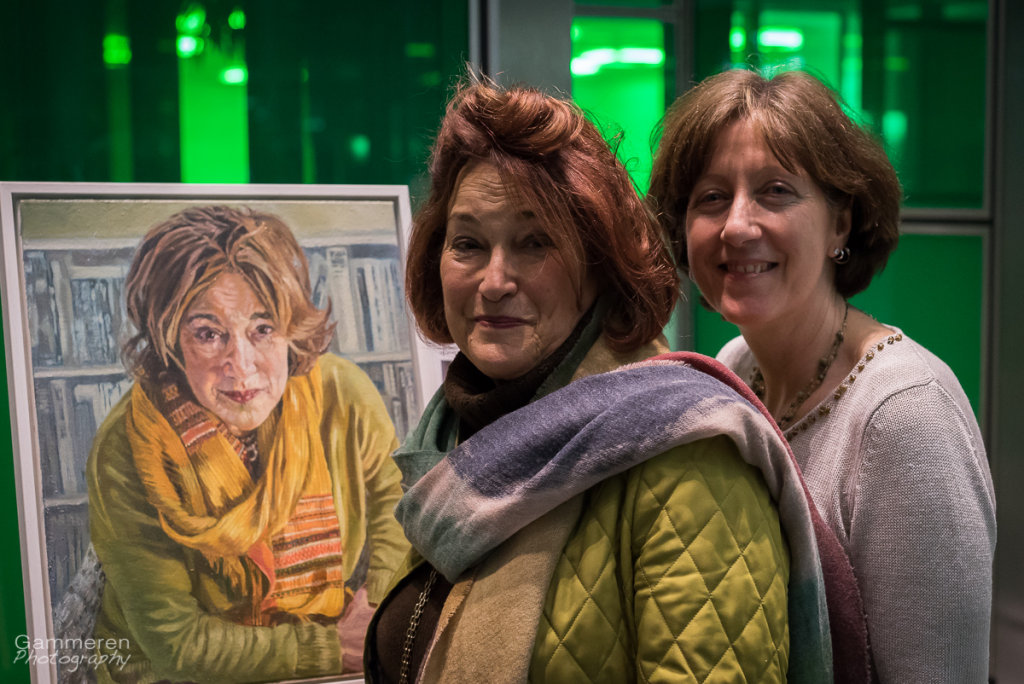 A collaboration with the International Women's Forum UK - an organisation of eminent female leaders - to commemorate their silver jubilee, the painted and printed portraits are of their founders and chairs.

The exhibition has toured from The Chelsea Gallery to The Heatherley School of Fine Art. It has supported the Institute of Directors’ commitment to diversity, accompanying the inaugural Mackworth Lecture, delivered by former Australian Prime Minister Julia Gillard on leadership. It was shown in the foyer of KPMG and linked to Barclays’ support for the mentoring HeforShe campaign in Canary Wharf. And it was the first exhibition in the newly re-named Mary Somerville room in Somerville College, Oxford. Two of the inspiring women sitters were educated at the college where Mary Somerville herself was a pioneering mathematician and scientist and, amongst other things, tutor to Ada Lovelace who worked with Charles Babbage on the forerunner to computers. She will be the first woman to appear on a British banknote (Scotland £10) apart from the Queen. And her own accomplished self-portrait hangs in the college. See preview video by Daphne Todd RP.

The exhibition comes at a time when there is a growing interest in portraits of women and portraits by women:

The painted and printed portraits of the Lots Road Group are of inspiring contemporary women, rather than photographic portraits, which begs the question - what's the difference between a photographic portrait and one that's been painted - or printed? For me former BBC Correspondent Allan Little has the answer. He observed, after having had his portrait painted, that the difference was that the photograph captured a moment in time, where a painting captured a life lived up to that moment.
Next
Previous